Paris is one of the most popular tourist destinations; the city of love, culture and a great culinary tradition, it holds something for every taste and is easily accessible from both within Europe and overseas. 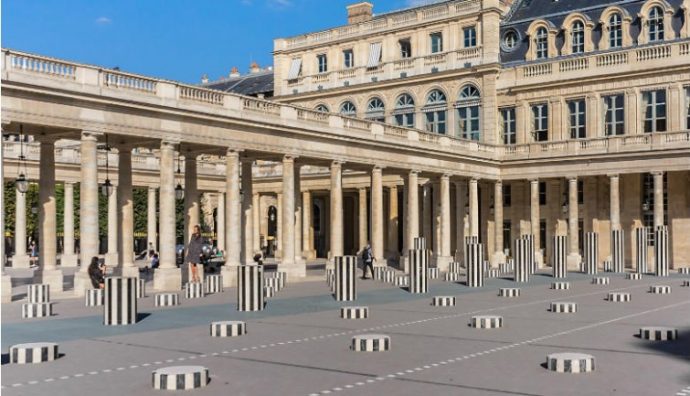 It serves equally well for a great romantic anniversary trip, a dive into the Parisian nightlife, or an artsy solo travel to explore the countless museums, galleries and landmark monuments.

One of the greatest among them is the Palais-Royal, the marvellous former royal palace that sits opposite Louvre’s entrance – and here are the top 10 interesting facts you need to know about it!

The Palais-Royal was originally commissioned by Cardinal Richelieu who lived there from 1639 until he passed away in 1642. In fact, the palace’s first name was Palais-Cardinal in his honor. After his death, King Louis XIII became the new owner and thus renamed it Palais-Royal. He also passed away a year later, at which point his Queen Mother Anne of Austria turned into her residence, taking her advisor Cardinal Mazarin and her heirs, Philippe of France and the future King Louis XIV to stay with her.

The construction of the Palais-Royal was carried out by the architect Jacques Lemercier who is considered to be among the top three French architects that were most influential in that era; he was also the one who designed the Sorbonne. It took six years, from 1633 to 1639, to finish the works and deliver the palace to its new resident, Cardinal Richelieu.

The Palais-Royal is accompanied by magnificent gardens where a complex of arcades was opened to the public in the 1700s. They housed 145 boutiques, museums, cafés, hair salons, and bookshops, where the aristocrats and the middle class would rub shoulders. They were also home to Paris’ first restaurant in the modern sense of the word – the Grand Véfour, which opened its doors in 1784 as the Café de Chartres.

Grand Véfour, as it was renamed in 1820, was a favorite among important figures in French history and arts – French emperor Napoleon and writer Victor Hugo were among its regulars. The restaurant also committed the great sacrilege, in an attempt at modernization, of introducing the first paper napkin on May 28th, 1917.

Palais-Royal is surrounded by contemporary sculptures by Buren and Bury – as well as the contemporary art piece Les Deux Plateaux (more commonly known as Colonnes de Buren). The installation of 260 black and white striped octagonal columns was designed by artist Daniel Duren and can be found in the courtyard towards the Ministry of Culture.

Roulette, a popular game of chance, is widely considered to be a French invention – its name literally means little wheel in French. The earliest written record of the game of roulette as we know it can be found in an 18th-century novel aptly titled La Roulette, ou le Jour, written by Jaques Lablee; in it, he describes a roulette wheel being spun at the Palais-Royal. In fact, there’s still a variant of roulette being played worldwide that’s called French roulette.

Palais-Royal also housed one of Paris’ most successful theatres, the extremely popular Théâtre du Palais-Royal. Among others, the theatre was home to the troupe of Molière since 1660. Upon Molière’s death, Jean-Baptiste Lully, a renowned music composer, took over the space to found his Royal Academy of Music – also known as the Paris Opera.

The beautiful gardens along Palais-Royal are the only gardens in Paris that have received the “Remarkable Garden” designation by the French Ministry of Culture. Visitors can take a stroll across the three magnificent arcades: the eastern Galerie de Valois, the western Galerie de Montpensier and Galerie Beaujolais to the north.

What do the Da Vinci Code, starring Tom Hanks, Charade, starring Audrey Hepburn in the lead role, and Interview with a Vampire, starring Tom Cruise, have in common? They have all been shot at Palais-Royal. So try and pinpoint the parts of the gardens that you have spotted in the movies – they look familiar for a reason!

It can be difficult to break away from the obvious touristy ventures when you’re visiting destinations as popular as Paris, but a little research can make a world of difference. Remember these facts next time you visit Paris; they’ll help you look at the City of Light with new eyes and explore the wealth that is the Palais-Royal and surrounding neighborhood. 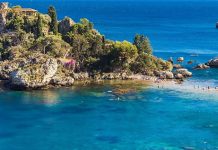 The Most Famous Movies Filmed In York

October 16, 2020
We use cookies to ensure that we give you the best experience on our website. If you continue to use this site we will assume that you are happy with it.Ok