Along with Mykonos, Athens, Crete, and Santorini, Mykonos is on the top ten lists of the best places to visit in Greece. In this piece, we’re going to discuss the five things Mykonos is famous for. Get ready for exciting opportunities that exist in this place, for your fun and enjoyment. 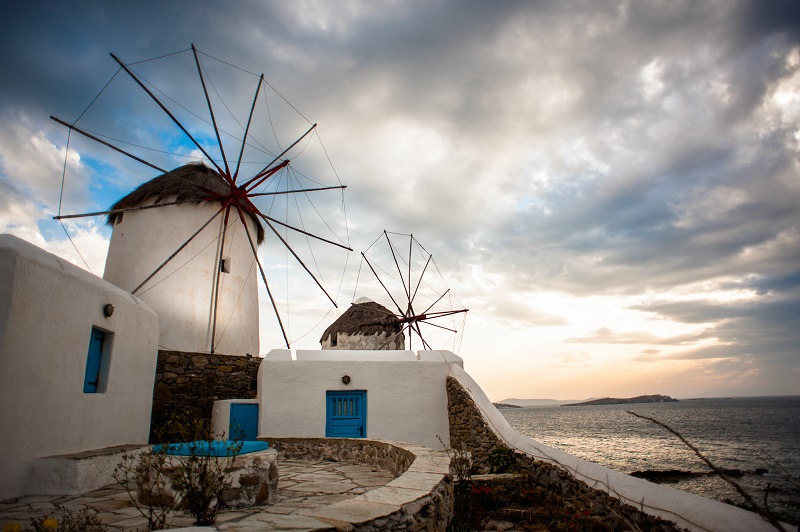 Mykonos windmills are iconic features of the island that many visitors know. There are 16 windmills, with construction by the Venetians since the 16th century. Apart from giving the island its unique appearance, the mills are also part of the architectural structure and edifice, attracting visitors and fun-seekers. Windmills of Mykonos are also a symbol of the city’s economic importance, and seven are still in good condition until today. 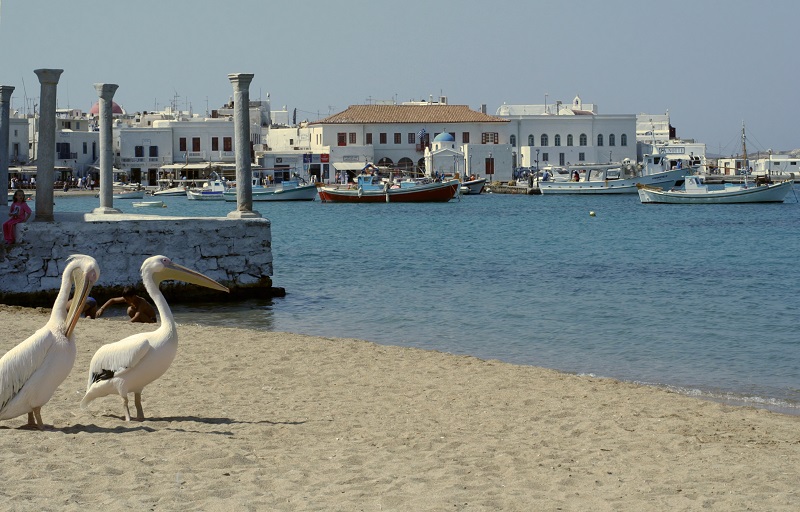 When you visit Mykonos, you can’t help but notice the lovely pelicans, characterized by their large throat pouch and long beak. The story of Peter the Pelican dates back 30 years when a fisher founds him and then took care of him. That was when the pelican became symbol and official mascot of the island of Mykonos.

Tourists and visitors like chasing him around, and locals didn’t like it. Unfortunately, he was eventually killed by a car, after which it was mummified in Thessaloniki. There are several folklore and legends associated with pelicans in Mykonos. However, Peter the pelican is the most famous in the world. 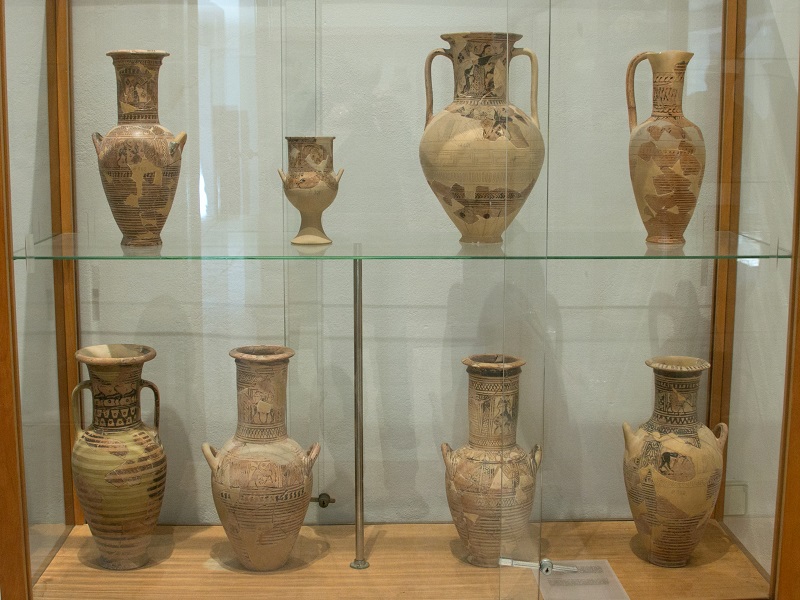 Mykonos also has several quality museums with awe-inspiring exhibitions. The most popular one is the Delos Archaeological Museum. After more than 30 years of excavation, the French school of Athens decides they need to find a place to keep and display their findings. Within the museum are clay figurines, mosaics, jewelry, some of which dates back 3,500 years. You can also explore the Folklore Museum offering a new outlook into the history of the island. At the same time, the Aegean Maritime Museum shows features of ship models and their evolution over the ages. 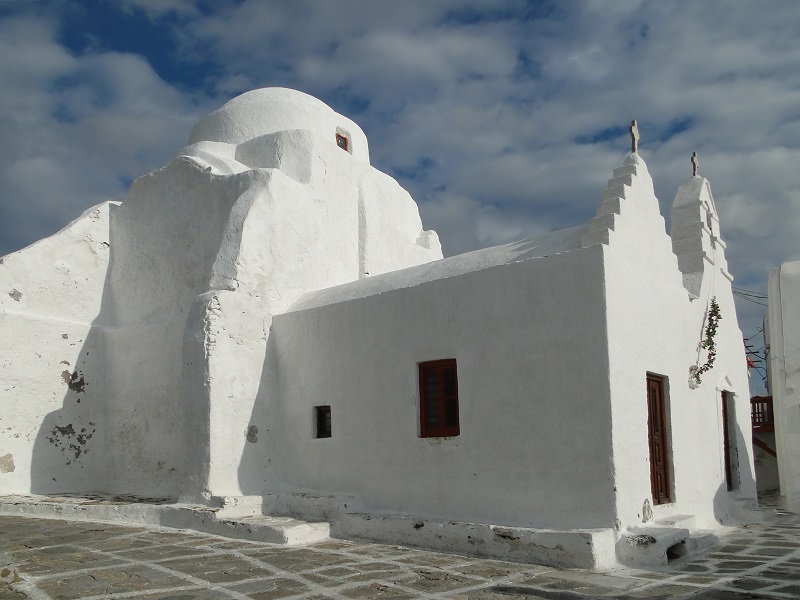 There are at least 70 Christian Greek Orthodox Churches on the island of Mykonos. Most of these edifices were constructed by wealthy families during the Byzantine era to honor relatives or give thanks to their god. Whether you’re religious or not, you will find these churches pretty amazing. They are great looking on the outside and plenty of quality art is waiting for you to discover them on the inside. Some of the most popular orthodox churches in Mykonos are Agia Kyriaki, Saint Nicolas, Paraportiani, and Zoodochos Pigi. 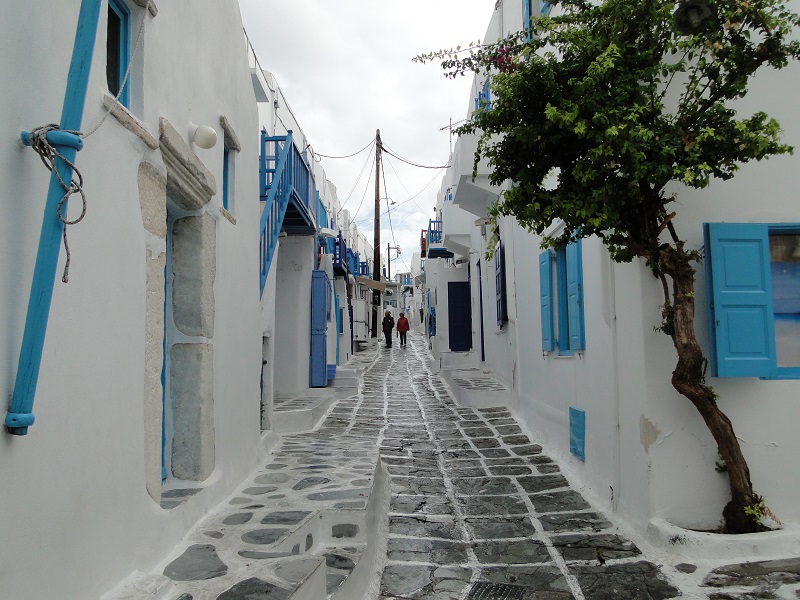 Mykonos’ dreamy streets are captivating and downright gorgeous. During the day, the light from the sun shines on them and brightens your day, as you walk on the cobblestones with white patches. Matogianni Street in Mykonos town is one of the most popular of them all. The streets offer high-quality souvenir shops, boutiques, jewelry stores, and some international chains like Lacoste. If you’re hungry, feel free to sit at any of the taverns all around the place. Enjoy excellent food creation with ingredients from the local farms.

The Most Romantic Spots in Florence

5 Things Manchester Is Famous For

The Most Romantic Spots in Athens

The Most Iconic Polish Foods to Eat in Poland

The Most Romantic Spots in Rome

The 10 Best Rooftop Bars in Berlin

10 Things Cuba Is Famous for

The Best Family Glamping Spots In The United Kingdom

What to Pack for a Cruise

The Most Romantic Spots in Florence

5 Things Manchester Is Famous For

The Most Romantic Spots in Athens

10 Things Greece Is Famous For

The Most Popular Drinks in Portugal