If you are thinking of traveling to Lithuania or are going to include this country in your route through the Baltics, you probably have many doubts about the best places to visit, the best things to do, etc. In this article we will try to guide you a little. Below we show you the 5 things Lithuania is famous for! 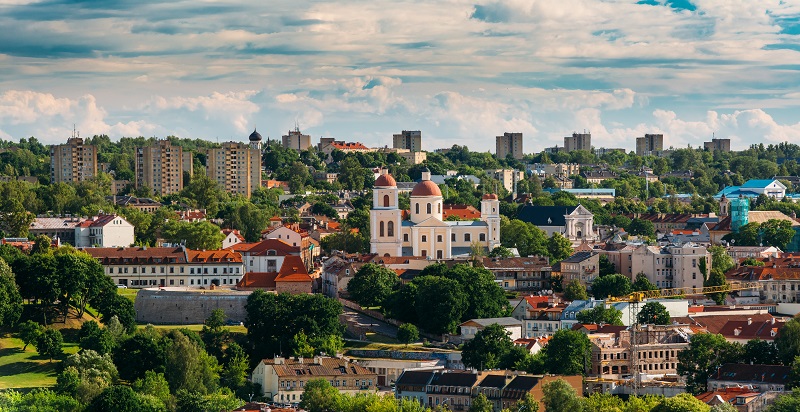 The capital is one of the must-see places in Lithuania. Not only because it is an important way of arriving in the country, thanks to low-cost flights, but also because it is really worth spending a full day or two exploring it. Its historic center, declared a World Heritage Site, is full of magnificent examples of Baroque art. Stand out, for example, the interior of the Church of San Pedro and San Pablo, some pavilions and patios of the main campus of the University of Vilnius, the Church of Santa Teresa, the Basilian gate, the Church of All Saints or the Church of the Holy Spirit. Vilnius is known for being the city with the most Baroque buildings north of the Alps, but among its charms you can also count some beautiful examples of Gothic art, such as the Church of Santa Ana; Renaissance, such as the Vilnius Cathedral; or neoclassical, like the Palace of the Grand Duchy. In addition, you cannot miss other places of tourist interest such as the Gediminas hill, with the remains of the castle and a panoramic tower; the door of the Dawn; the unique Republic of Užupis, a neighborhood with its own flag and currency; or the chilling Museum of occupations and struggles for freedom, formerly known as the Museum of Genocide Victims or the KGB Museum. Just 30 kilometers from Vilnius (about 35 minutes by car) is Trakai Castle, one of the most picturesque places in the country, often used as a tourist image of Lithuania or even the Baltic republics. This castle has its origins in the s. XIV. At that time the Grand Duchy of Lithuania, ruled by Kęstutis, was one of the last pagan territories in Europe and was frequently attacked by Central European Crusader knights. The castle acted as a defensive fortress in those troubled times, but later lost importance and became a simple summer residence. If you want to take out travel insurance for your route through Lithuania, we recommend that you use Mondo. After its reconstruction in the 1960s, Trakai Castle became one of the main places to see in Lithuania. Although it is a more or less modest castle, its idyllic location, in the middle of Lake Galvė, has earned it considerable fame among tourists and photography lovers. After the obligatory passage over the drawbridge, the castle offers visitors the chance to explore the large parade ground, various rooms set in medieval times, exhibitions and the tower of the Grand Duke, with its own inner courtyard. If you have time, do not forget to take a boat ride on the lake or do some excursions in the surroundings. On the way between Vilnius and Kaunas, very close to this city, we suggest a somewhat unusual stop: the Lietuvos liaudies buities muziejus, something like the “Museum of Lithuanian Folklore”. In this original open-air museum, located on the shores of Lake Kaunas and surrounded by a bucolic landscape, you can see a recreation of the architecture, culture and customs of rural life in Lithuania in the 18th to 20th centuries. Although language can be a barrier to participating in family activities, we think it’s worth exploring the huge grounds and admiring the mills, schools, barns, farmhouses, taverns and more. There are even farm animals, horses. 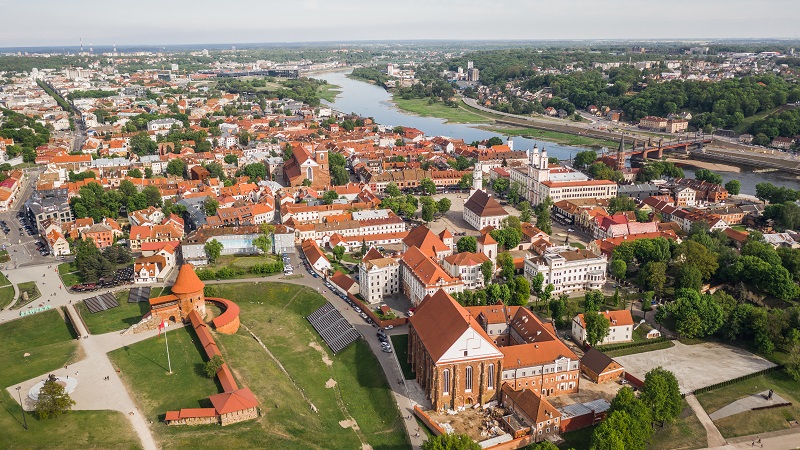 Advancing towards the west, almost in the heart of the country, is located the second most populous city in Lithuania: Kaunas. Basketball lovers will know their team perfectly: Žalgiris, absolute dominator of national basketball (22 of 27 local championships until 2020) and winner of a EuroLeague in the nineties. In the city where talents like Jasikevičius or Sabonis were born, a visit to the Zalgirio Arena could be a good starting point. But not everything in Kaunas revolves around basketball. In fact, its historic center is very pleasant, as it has a large number of pedestrian streets. Within the old town of Kaunas, the following stand out: the Town Hall from the s. XVI, with a tower of 53 m; the vestiges of the medieval castle, the Presidential Palace, in neo-baroque style; the Kaunas Cathedral, with a beautiful interior decoration; as well as the churches of Santa Gertrude, that of Vytauta, that of the Archangel Saint Michael or that of Saints Peter and Paul. Almost all of these monuments are located on the 1.6 km long Laisvės alėja avenue. And don’t forget to enter the famous Devil’s Museum, one of the most curious museums in the world. On the outskirts of Kaunas, a very popular visit is the Ninth Fort, a macabre reminder of the Soviet and Nazi occupations in the last century. 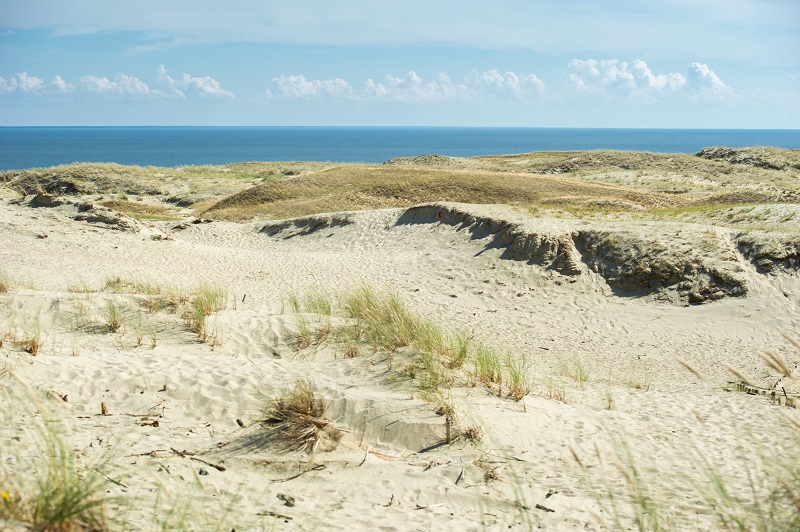 Visiting the Curonian Spit is one of the best things to do in Lithuania. This peculiar region, protected by UNESCO, is an important vacation destination in the country, but it has a relaxed and familiar atmosphere. The arrival to the isthmus (a narrow and long peninsula bathed by the Baltic Sea on one side and by Lake Courland on the other) must be done by boat, from Klaipeda. This port city, the third largest in the country, has some interesting sights (like its German-style half-timbered houses), plenty of atmosphere, and plenty of beach tourism. You can make a quick visit before leaving by ferry to Smiltyne, already within the isthmus.

10 Beautiful Places to Visit in Derry