In the whole of Southern Spain, Ronda is the third most-visited destination. Ronda is located about 100 km west of Malaga, within the stunning countryside of Andalusia. This ancient city is especially famous for its extraordinary fixture, rich cultural and literary tradition. Before you visit them, here are the top five interesting facts about ancient Ronda, you should know.

It’s Split In Half By The El Tajo Gorge 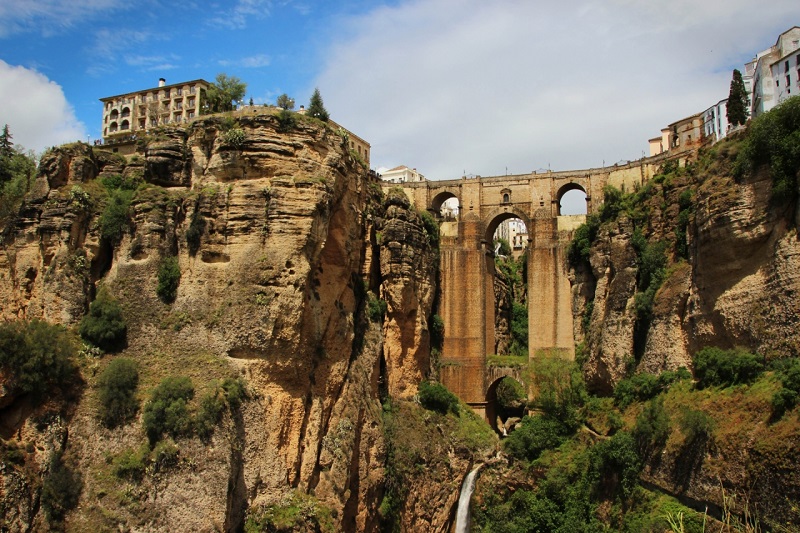 Ronda sits on each side of the 100 meters (328 ft) deep El Tajo gorge. There is some wonderful walking to be enjoyed in this spectacular cleft in the landscape. From the old town, a dramatic path takes you right down to the bottom of El Tajo, to the foot of the mighty “New Bridge” that spans the canyon. Many tourists love to come here because of the serenity and the opportunity to move closer to nature within unspoiled vicinity.

The Birthplace Of Modern Bullfighting 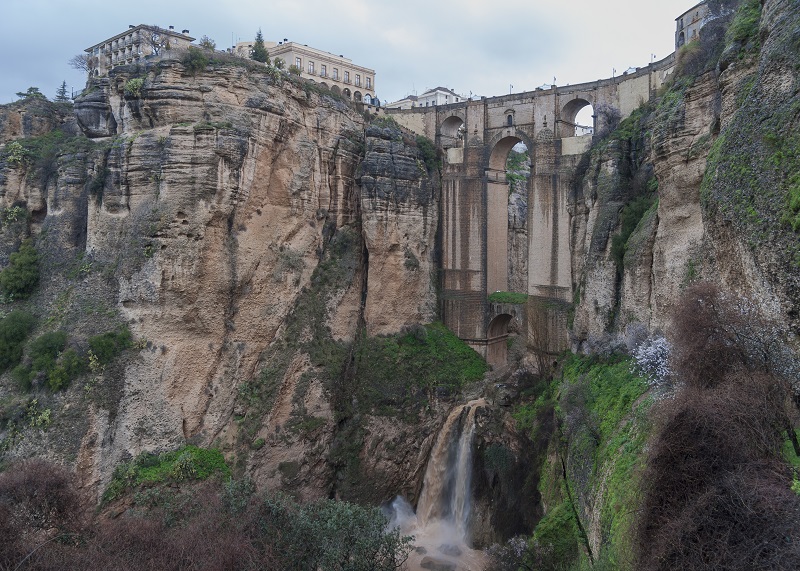 Modern bullfighting was practically invented here in the late 18th century. The town’s bullfighting ring is only used once a year, at the Feria Goyesca, but it’s also a museum where you can learn about the history of this traditional (yet controversial) sport. The bullring, Plaza de Toros, is now a museum, and visitors can stroll out into the arena. The success of bullfighting is attributed to no other person than Pedro Romero Martinez, an illustrious son of Ronda whose commitment and genius transformed the sport forever.

Ernest Hemingway Used Ronda As A Setting For His Novels 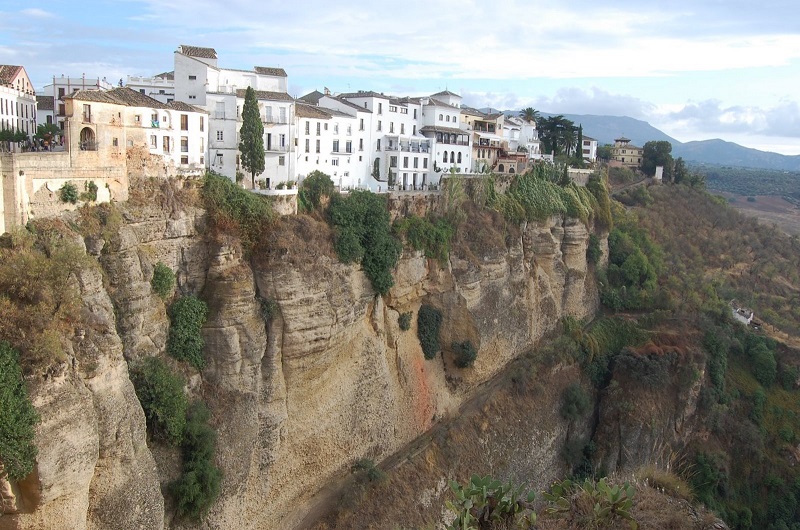 The town’s fame was spread further by its close association with Ernest Hemingway (a lover of bullfighting) and Orson Welles (whose ashes are buried in the town). Scenes in Hemingway’s novel For Whom the Bell Tolls was set in Ronda, most of which are actual events. American actor, Orson Welles, confessed that he was inspired by his many trips to Spain, especially to Ronda.

It Has The Puente Nuevo Bridge Which Spans Over The Gorge 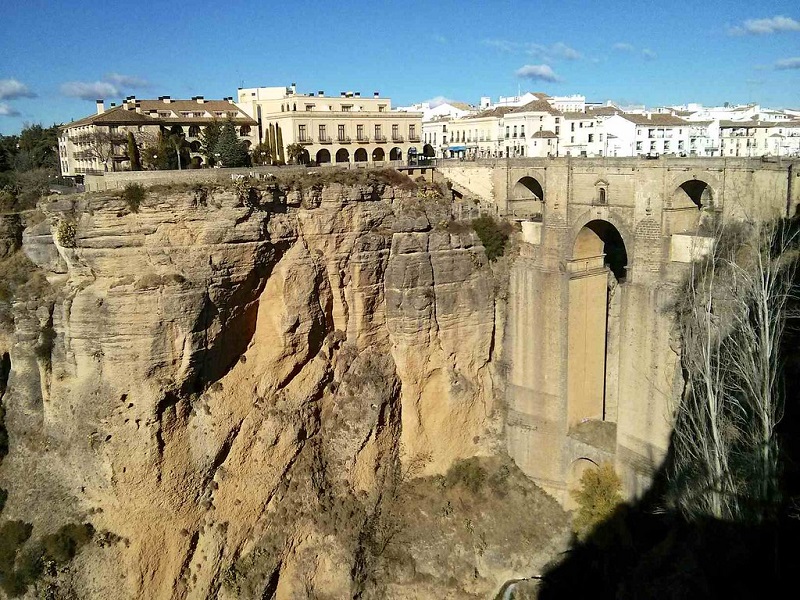 Ronda’s most striking feature is the Puente Nuevo, which spans a gorge over 300 feet deep. The “new bridge” was built in 1793 and ever since had been drawing crowds from home and around. Joining the two sections of the city, the bridge reaches a height of 100m, with its base deep in the base of the gorge and the Guadalevín River. The Puente Nuevo is a delightful destination that no tourist who want to enjoy the best of Ronda, should ever miss.

The Town Occupies The Site Of An Ancient Iberian Settlement 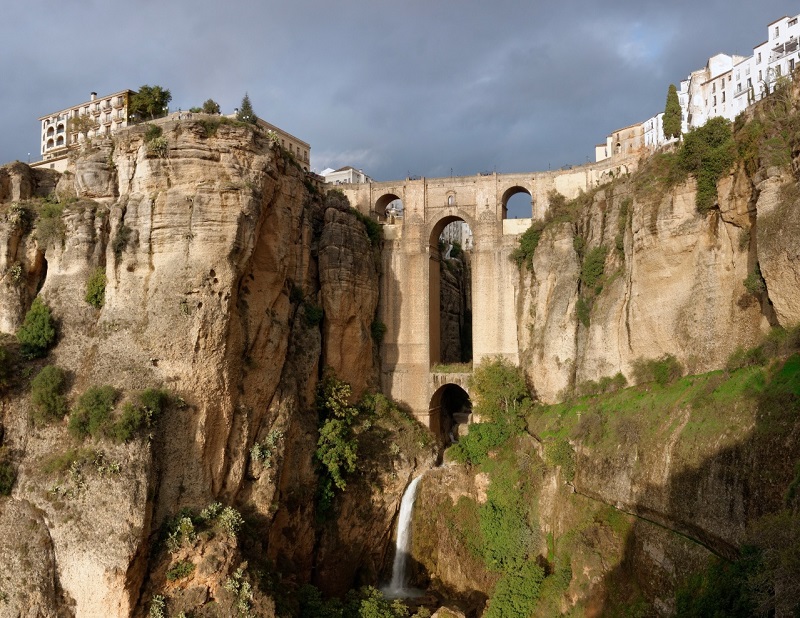 Ronda was occupied by the Moors from the 8th to the 15th century, when it was reconquered by the Catholic Monarchs, Ferdinand and Isabella, on May 20, 1485. Both Roman and Moorish remains survive, including a Roman theatre and an underground staircase (restored in 1911). It was built from the town to the river by the Moors to prevent water blockades in times of war. Today, it serves as an important tourist destination offering so much knowledge.

10 Things Ireland Is Famous For