What Are The Most Haunted Places in Argentina? 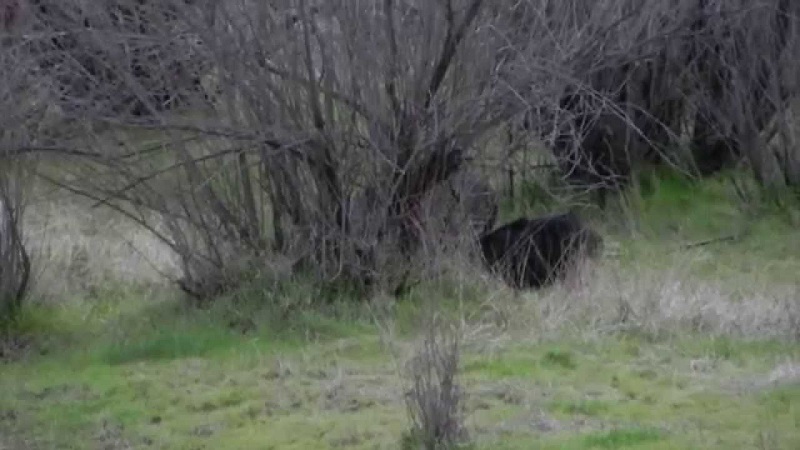 Every country has numerous areas where ghosts dwell, and Argentina is not an exception. These are the horror places you should visit with a torch when you are in Argentina. Bajo Negro is located at Cinco Saltos, Argentina, a region popularly referred to as the City of Witches. There is so much darkness and black magic occurrences taking place in the region. Bajo Negro is very famous for being the home of sorcery and dark enchantment. Rumor has it that Bajo Negro experiences no sunshine. It is said that numerous witches organize strange ceremonies in this place. There have been continuous sightings of secret cult members decked in dark shrouds carrying out paranormal activities. Click the next ARROW to see the next photo! 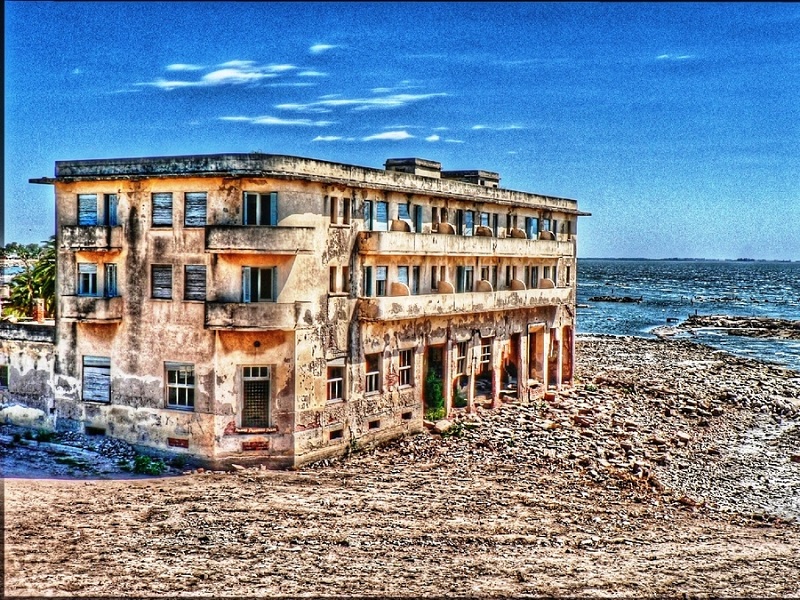 The Gran Hotel Viena is located at Cordoba. The hotel was constructed in 1940 with the sole aim of hosting many guests from Europe. The environment of the hotel was affected by flooding in 1977. The government waded into the situation by granting families, who were displaced, refuge at the abandoned hotel. The elated families discovered that their new found joy was short-lived after they noticed that they had other inhabitants in the house. Witnesses prove that there are some ghosts in the hotel. The Phantom of the first security guard at home has been seen withholding keys. The other ghost is believed to be the ghost of his lover who mysteriously vanished the year the hotel was built. Click the next ARROW to see the next photo! 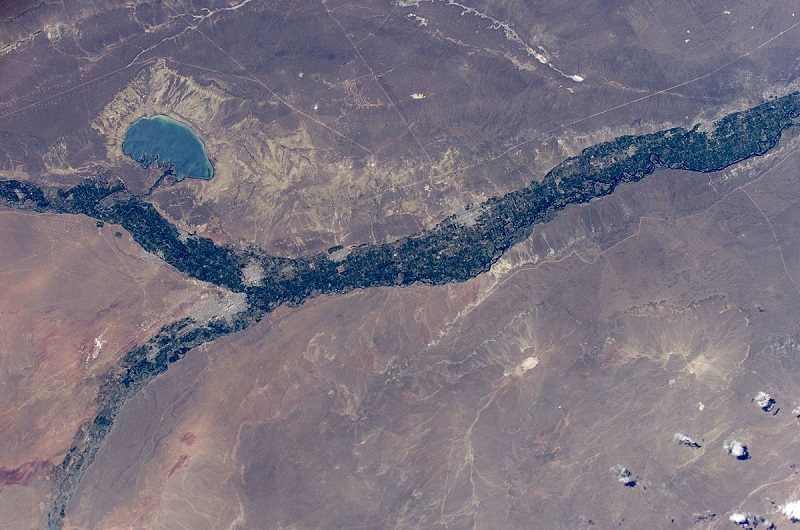 Pellegrini Lake is a true-life horror story that will totally freak you out. Pellegrini Lake is located in the Cinco Saltos region. A child drowned while attempting to cross the lake. Visitors have reported shrieks and strange cries of a child around the area. The locals claim that the soul of the child has not rested and still restless. There have been sightings of Unidentified Flying Objections around this lake which is believed to be a meeting ground for witches. One of the scariest places you could find in Argentina. Click the next ARROW to see the next photo! 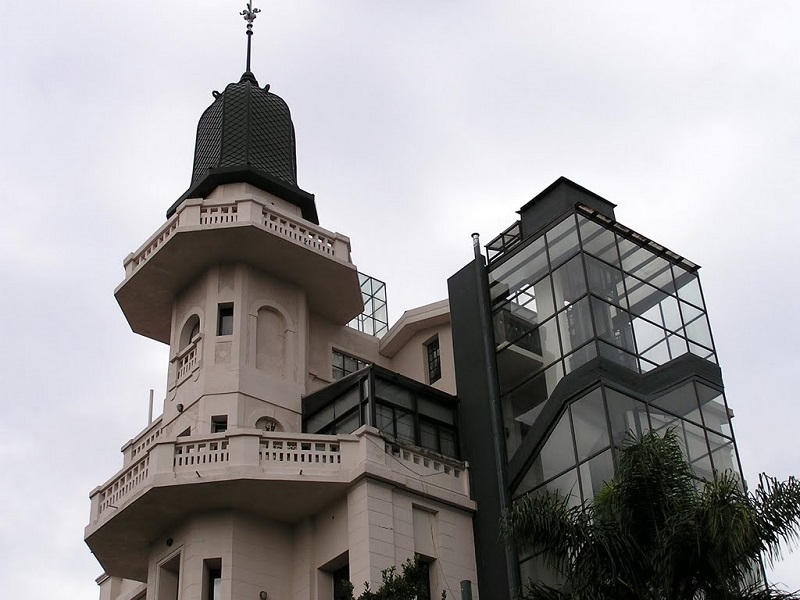 El Palacio de Los Bichos is located at Campana 3220, Villa del Parque. It is a 5 story house that was built in the 20th century very close to railway lines. The owner of the house, Giordano built it for his newly betrothed daughter, Lucia and her violinist fiancé. After their nuptials, the young couple celebrated with members of their family and stepped outside the house to await their carriage. Tragedy struck when they tried crossing to the other side of the road and were hit by a moving train. There have been reports of ghosts dancing and shouting in the house; poltergeists have also been sighted around the environs of the building that was locked and abandoned by the grieving father after the tragedy. Click the next ARROW to see the next photo! 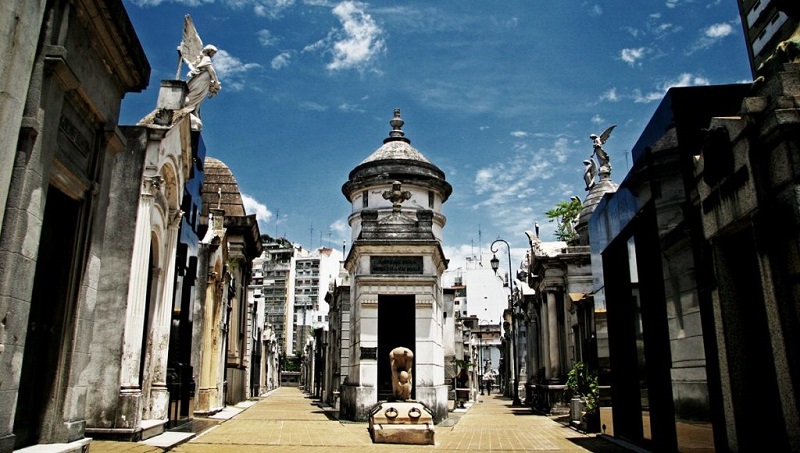 Recoleta cemetery is located at Bueno Aires, Argentina.  It is difficult to see a cemetery without a ghost story. The labyrinth of the dead has more than 6,400 sarcophagi, statues, crypts and coffins. This is the burial site of Eva Peron. The ghost of the gravedigger, David Alleno who worked at the cemetery for more than 30 years still dwells in the burial site. He saved enough money to buy a plot at the cemetery and built a statue for himself. Immediately the statue was completed, the gravedigger went home and committed suicide. David Alleno’s clanging keys are still head around the cemetery. Click the next ARROW to see the next photo! 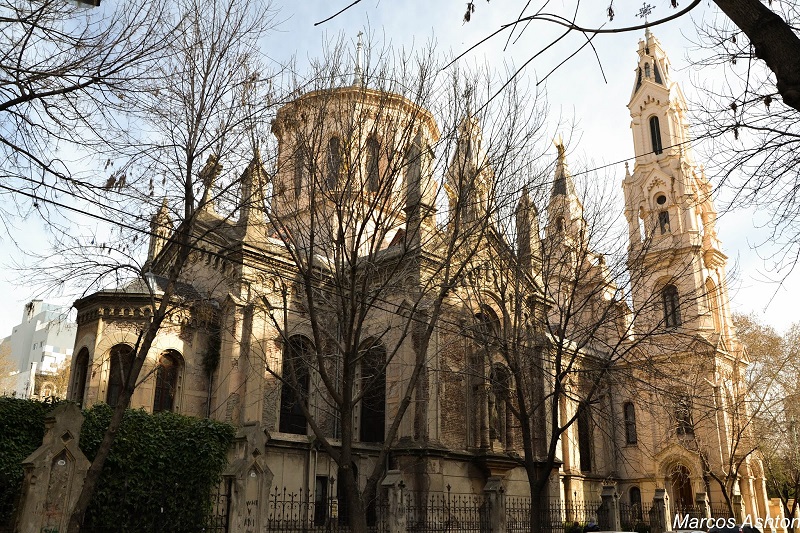 The La Iglesia Santa Felicitas is a church located at Isabel la Catolica 50, Barracas and it was built in honor of Felicitas Guerrero. Felicitas got married when she was barely a teenager; she bore a child who died before he was six years old. She lost her husband when she clocked 24 years of age and had to remarry. Her new husband got jealous and violent when he discovered that she loved another man. In a fit of rage, he struck her and killed her in the process. Her ghost has not found rest since her demise. It is believed that if anyone touches her statue, misfortune will befall them. 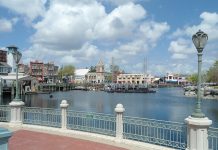 November 1, 2016
We use cookies to ensure that we give you the best experience on our website. If you continue to use this site we will assume that you are happy with it.Ok