Angola is a destination little visited by tourists, but it has several beautiful places that will leave you amazed. This list of the 5 things Angola is famous for will serve as a guide so you don’t miss a thing. Angola was a Portuguese colony from 1575 until November 11, 1975, when it declared its independence and began a bloody civil war that lasted 27 years. The Angolan civil war (1975-2002) was the longest conflict in Africa. The war left 800,000 dead and some 100,000 mutilated by antipersonnel mines that are distributed throughout the country. That is why if you travel through Angola you have to follow the marked paths and for no reason deviate.

Currently, Angola is one of the richest countries in Africa (in terms of resources) it has large reserves of oil and diamond. In 2018, the government simplified visas and it is now possible to apply for a 30-day tourist visa.

When to visit Angola?

1. Valley of the Moon viewpoint or Miradouro da Lua 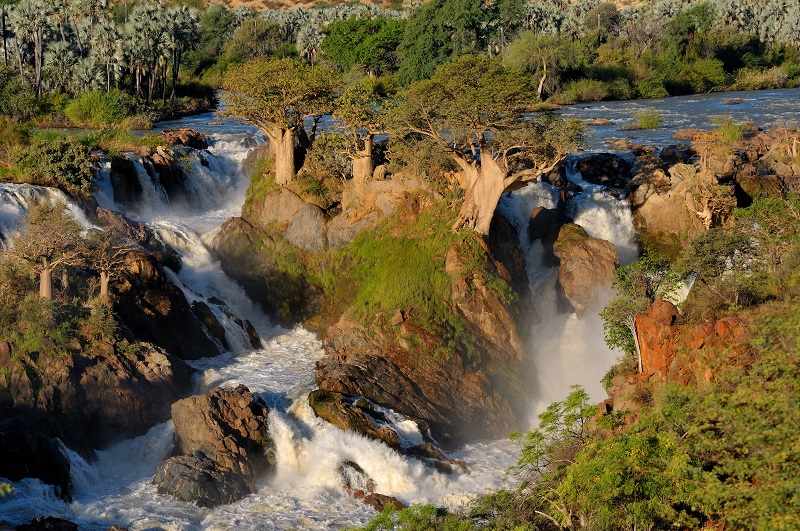 The magnificent Miradouro da Lua is located one hour south of Luanda. Some associate it with a lunar landscape. The place is also known as “Moon Valley View point” and it is made up of cliffs with sharp pinnacles of red clay that have been eroded by the wind. It is an impressive site and one of the main attractions to see in Angola. 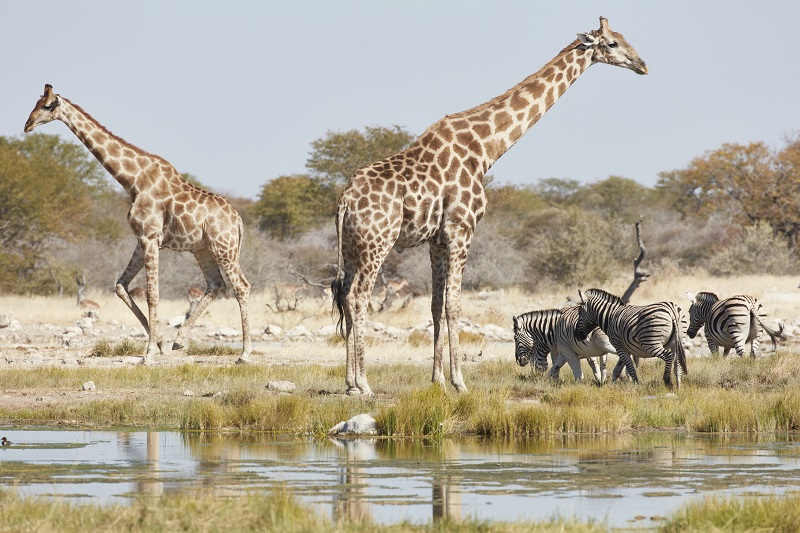 This quiet beach with clear sand and turquoise waters is located 1 hour and a half south of Luanda. On the beach there are restaurants, cafes and rental centers for water sports equipment. The water temperature in July is 21℃ and in March it is 29℃. 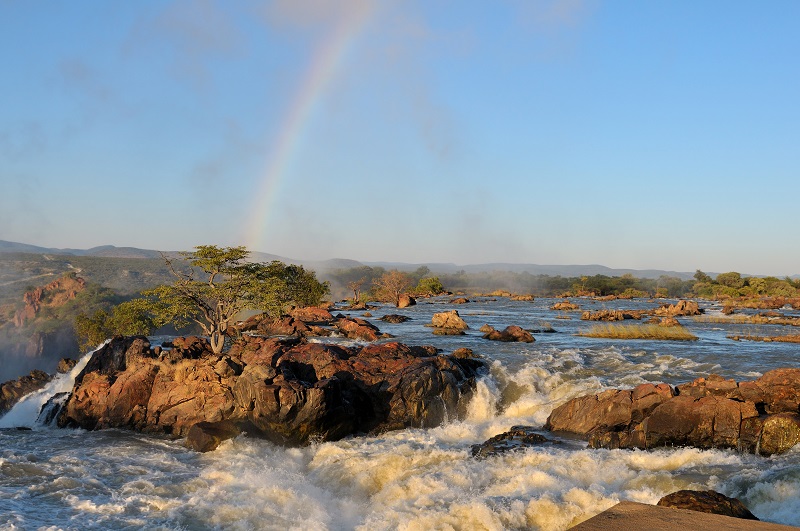 After 7 years of Dutch rule, in 1648 the fleet that departed from Brazil landed here and recovered Luanda and Angola for the Portuguese crown. The immense cliffs are bathed by crystal clear waters and clear sands. One of the most famous monuments in Cabo ledo is the church of Nossa Senhora da Muxima, which was built between the years 1641 to 1648, and houses the sanctuary of Nossa senhora da Conceição da Muxima, which was the place where slaves were baptized. The place is famous and receives many pilgrims in the month of September. Other places of interest in Cabo ledo are: Fostuir da Quicama, Cal do Bon Jesus Lighthouse, the old Jesuit church of Barra do Dande, the Ambriz archaeological site and the ruins of the former residence of the head of the Bon Jesus post.

In addition, Cabo ledo is an ideal starting point to explore the Quissama National Park or take a walk along the Kwanza River. 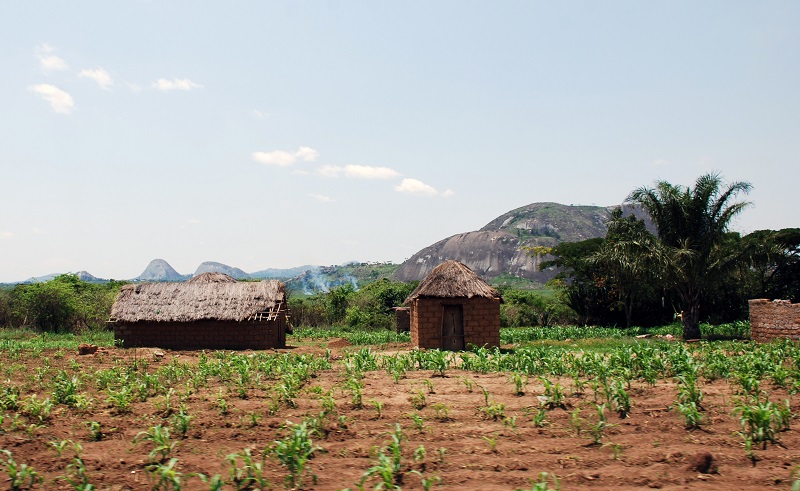 Angola has 14 protected areas, of these, 8 are national parks. Quissama National Park is located south of the Kwanza River about 2 hours south of Luanda. The park was stablished as a reserve in the year 1938. Ideally, take a boat tour on the Kwanza River to see African manatees, hippos and sea turtles. Then continue to the national park and go on safari to see elephants, sable antelope, monkeys, zebras, wildebeest and birds. 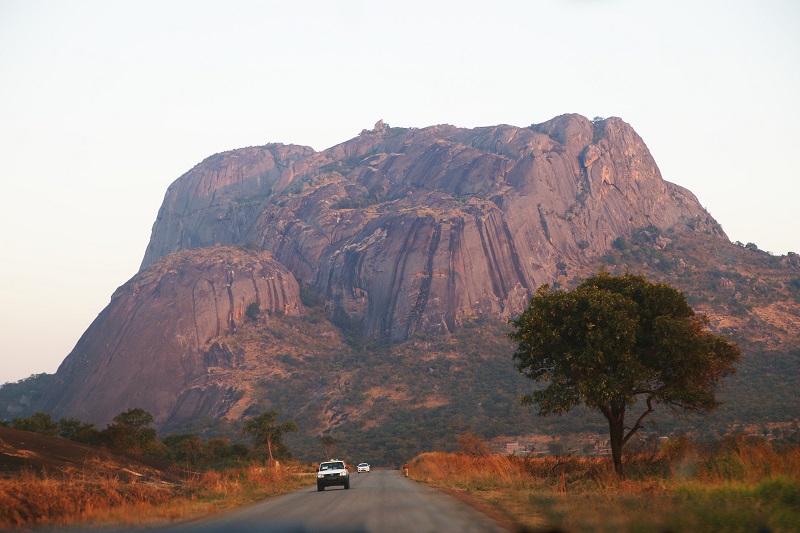 The south of Angola is one of the most popular destinations, here you can see the Namibian desert, different types of fauna and native tribes. You can get there by plane from Luanda to Lubango or Namibe and from there travel the area by car. In Lubango you can visit Mumuíla and the house of Cristo Rei, built in 1957 and very similar to the Christ of Rio de Janeiro. 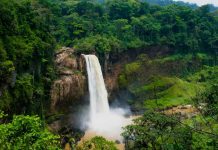 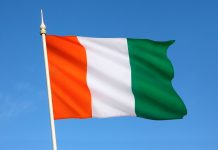 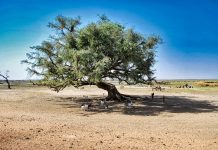 5 Things Burkina Faso Is Famous for 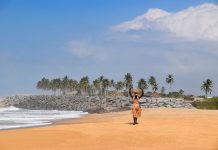 5 Things Ghana Is Famous for 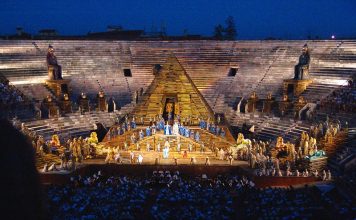 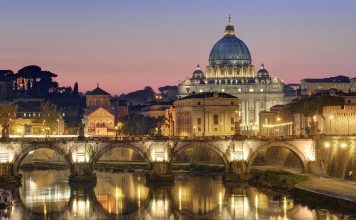 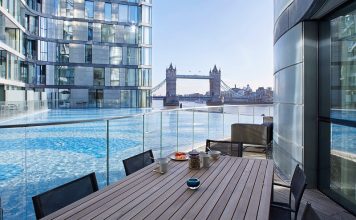 The Most Budget-Friendly Hotel Options in London 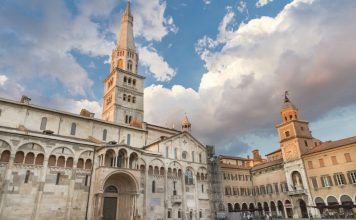 10 Beautiful Places to Visit in Modena

The Most Popular Drinks In Mozambique