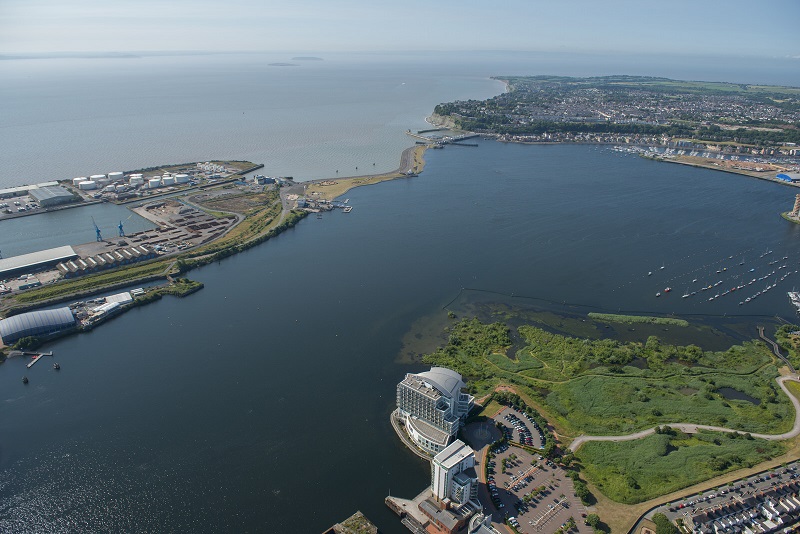 Cardiff is the capital and most important city of Wales. A must if we visit this area of the United Kingdom. It is not very big and we can easily visit it on foot and get to know its most interesting places, although we can also use public transport. In this article we are going to talk about what to see in Cardiff in one day. An itinerary of a day for what we consider recommended to visit. Cardiff is one of the most beautiful cities in Wales. Here are 10 amazing places to see in this incredible port city! This site would be a perfect place for engineering enthusiasts because it is one of the biggest civil engineering projects of the whole Europe during the time of its construction. This would be an interesting place to do strolling and cycling or even boat watching. It also has a skate park and bird watching area. Click the next ARROW to see the next photo! 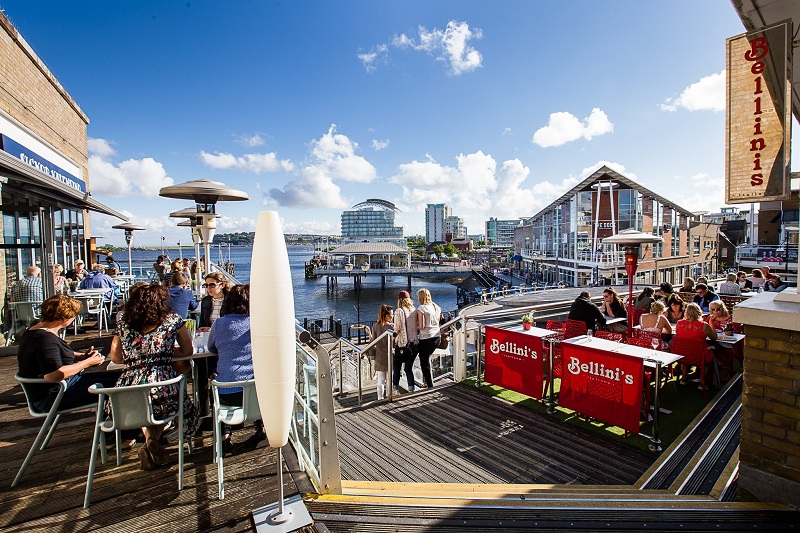 This bay is connected to the Cardiff Bay Barage, as this is the body of water that is formed by the latter. It is also the common name given to the areas around the bay and is considered among the top successful regeneration projects in UK. There are famous buildings in this area including St. David’s Hotel. A good idea to start a day visit to Cardiff is to go to the bay area. Keep in mind that it is in the southern area, away from the center and therefore you will have to walk about 2.5km or take a train. Here are some of the most important and at the same time beautiful places to visit. We can see the Wales Millennium Center, enter the Welsh Senate or see the beautiful Pierhead building. Click the next ARROW to see the next photo! 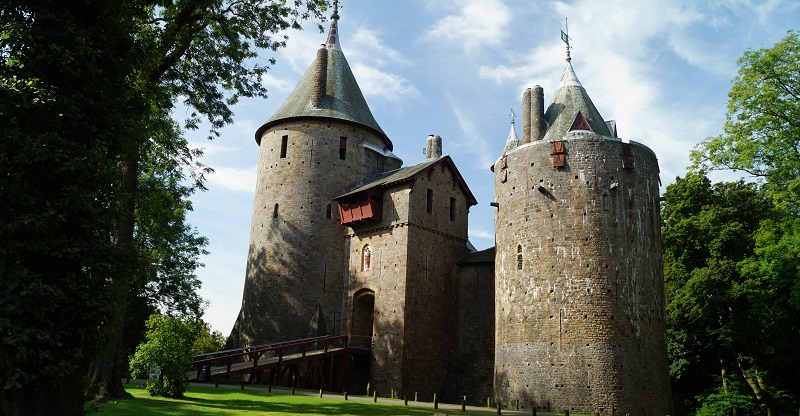 This fancy name is the Welsh term for Red Castle. This had been built in the 19th century and has Gothic Revival architecture with Victorian style. It is located in vast woodland in the Tongwynlais village. It has been well maintained until today. It has a romantic feel and a medieval spirit. Coch Castle is located on the side of a mountain surrounded by a beech forest, near the small town of Tongwynlais and is known as “the Red Castle” for the color of its domes. Its construction dates from the 19th century and was built on the ruins of an old Welsh fortress. It was designed by the English architect William Burges for the Bute family, the same one that designed Cardiff Castle. The interior is impressive but personally I think it has a very ornate decoration and is designed for a series or movie, look, I love castles but I had the feeling of being in Disney instead of in a Welsh fortress, to taste the colors. Coch has numerous lavishly decorated rooms and rooms that are arranged around a courtyard and built in the castle towers, in my opinion, if you lack time to see things in Wales, you would not waste a minute going to this place. Click the next ARROW to see the next photo! 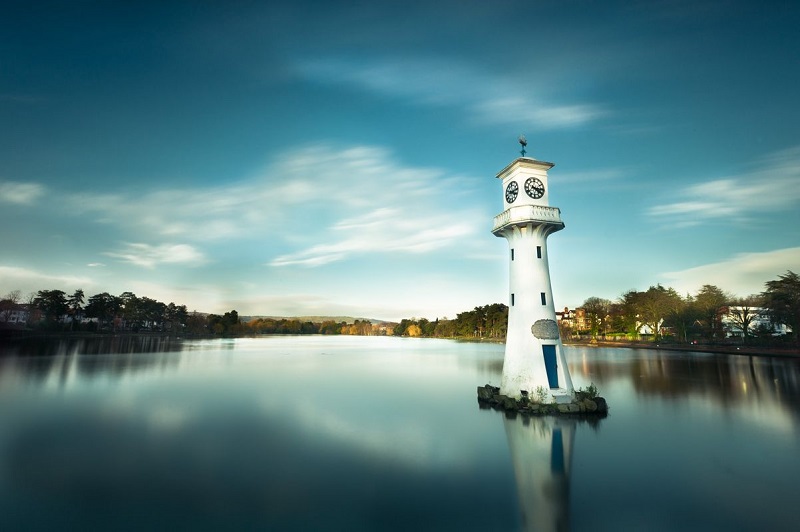 As one of the most famous parks of Cardiff, numerous tourists would swarm into this place. This is currently maintained by the city council. It has a Victorian design and atmosphere and has several facilities. Recently, it has received an award by the prestigious Green Flag because of its top most quality of service. Click the next ARROW to see the next photo! 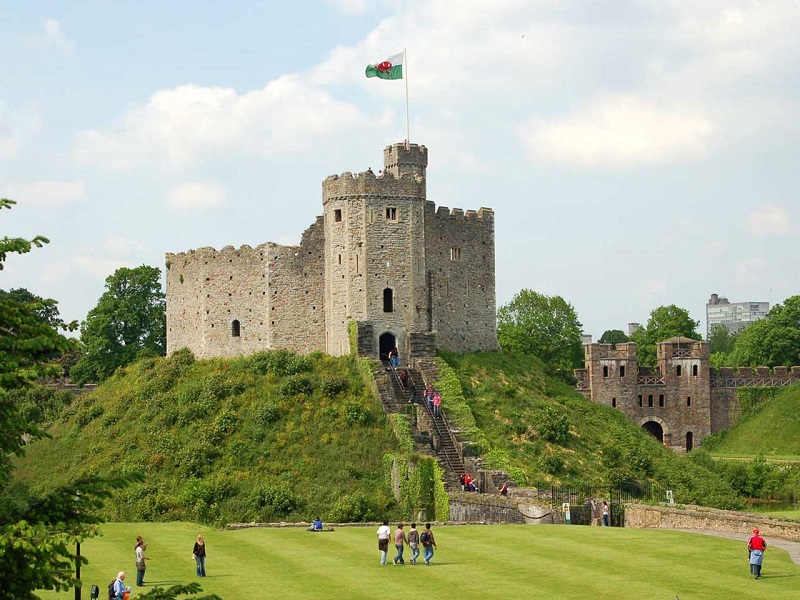 This was built during the medieval times and has preserved its Gothic Revival design with hints of the Victorian style. It situated in the center of the city of Cardiff. It is famous for its beautiful banquet hall, the Arab ceiling, the Clock Tower, air raid shelter and its fascinating gardens. One of the essential places to see in Cardiff is its castle. It was founded almost a millennium ago, in the year 1091. Although here previously there was a Roman fort and they built it on it. It can therefore be said that this fortified place is 2000 years old, although logically it has changed. It is considered one of the most beautiful medieval castles in the whole of the United Kingdom. In addition to the castle, it also has a Gothic palace. We can see different buildings within the complex, the clock tower, several rooms… What stands out the most aesthetically is the fort. Click the next ARROW to see the next photo! 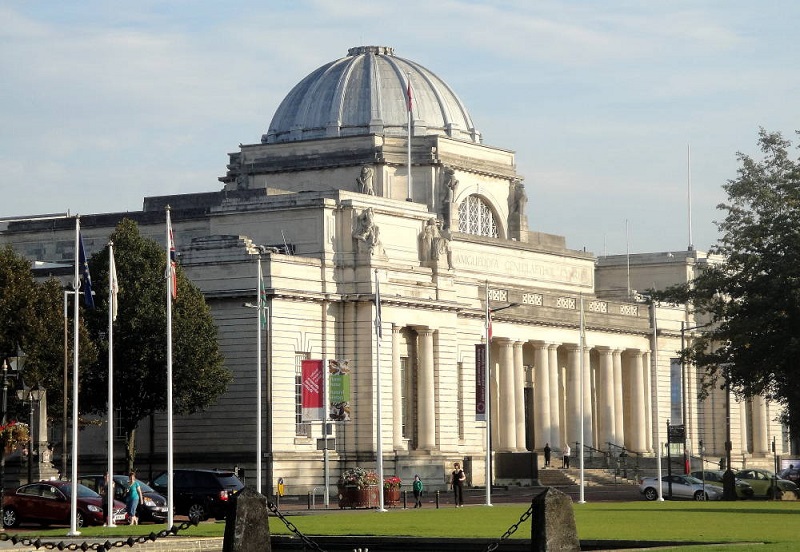 Both an art gallery and a museum, this is a component of the large network of National Museum Wales. This was founded in 1905 and its admission has been kept free by the government. Currently, this has series of collections concerning botany, archaeology, fine arts, technology, zoology and geology. It also has interesting artworks for you to see. Click the next ARROW to see the next photo! 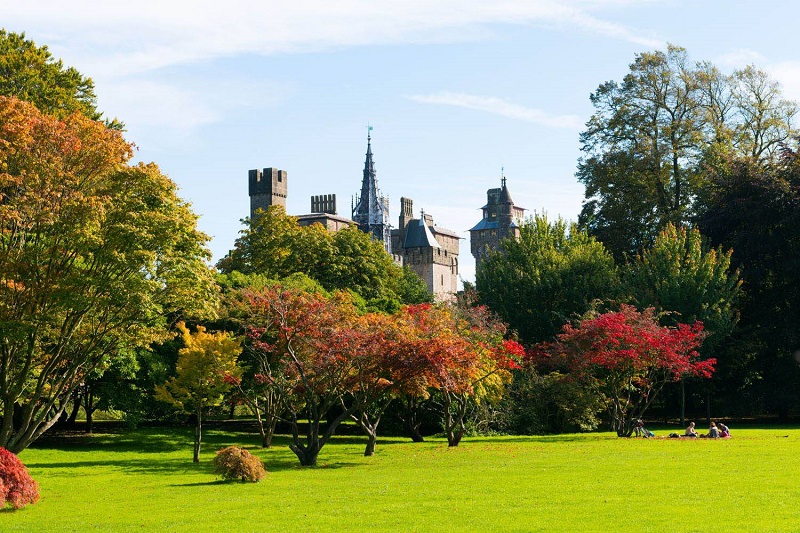 This is one of the major parks of the city and has 130 acres full of landscapes, gardens as well as parklands. This used to be the grounds of the Cardiff Castle. After its restoration in 2007, it has new facilities such as the Summerhouse Kiosk, Animal Wall, Blackfriars Friary, West Lodge and Mill Leat, among others. Click the next ARROW to see the next photo! 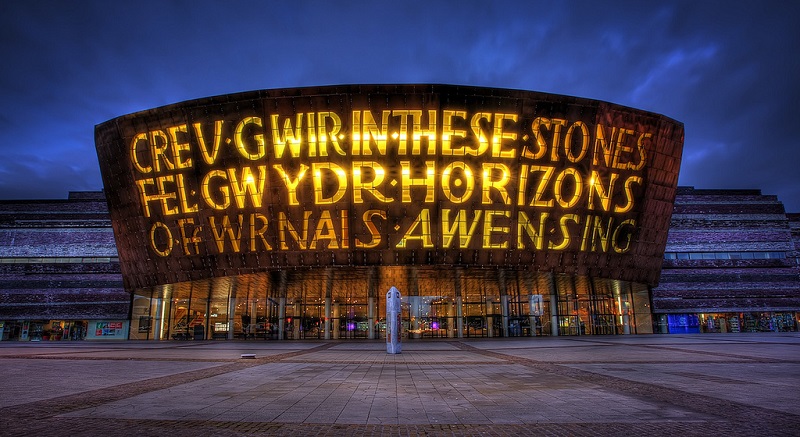 This is an art center that can be found in the Cardiff Bay area and covers a wide area of 1.9 hectares. This building has hosted numerous performances such as musicals, theatre, dance, comedy, ballet and opera. It also has a lot of shops, restaurants and bars inside the building itself. It has beautiful acoustics and architectural concept. The Wales Millennium Center is a distinctive, modern and colorful building. It was opened a little over a decade ago, and musical performances, ballet and opera performances take place here. Inside there are different rooms, a theater, shops and restaurants. Right in front there is a square with an oval space where they hold concerts and performances. It is an area that overlooks Cardiff Bay directly. Click the next ARROW to see the next photo! 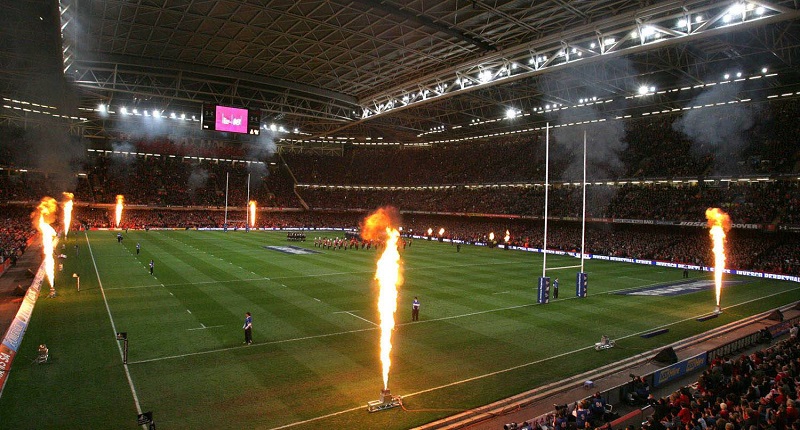 Used to be known as the Millennium Stadium, this is currently the national stadium of wales that is located in Cardiff. This is where Wales hosts the national football and rugby games. It has a seating capacity f 74,500, which is the largest in the world. it has a beautiful retractable roofing and grass turf. This famous stadium is home to the Welsh rugby and football teams. Its retractable glass roof is the second largest in the world. There are guided tours of the Journalists’ Lounge, the dressing room of the Dragon’s Lair – the Welsh rugby team -, the tunnel through which the players go onto the pitch. They also show you how the retractable roof system that covers the entire surface of the stadium works. And finally the VIP experience of holding the trophy in the President’s Box, a place reserved for royalty. It is open every day from 10 a.m. to 5 p.m., except on Sundays, which closes at 4.15 p.m. The price is £ 13.75 for adults and £ 9.90 for children. (December 2019). Click the next ARROW to see the next photo! 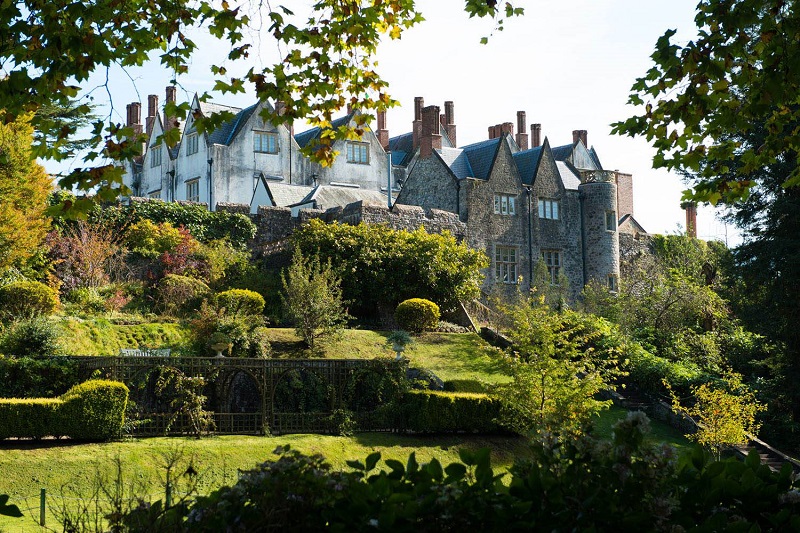 This is quite unique for a museum because you get to enjoy this in open air. Its exhibits mainly tell about the chronicles of the history, culture and lifestyle of the Welsh people. It has been named as the most favourite tourist attract in the United Kingdom as published in the Which? Magazine in 2011. St Fagans is a private museum, established in a set of historical buildings that emerges in the park of the same name castle, a 16th century construction located in the territory of Cardiff. The museum, founded in the 1950s, embodies the culture and identity of Wales. It is a participatory project in which thousands of people have participated (and continue to do so), including architects, visitors and volunteers. More than forty original buildings representing life in Wales in different historical periods have been rebuilt in the park. The first was Bryn Eryr, an archaeological site that dates back to the times of the Roman conquest and of which are houses with a circular plan from the Iron Age. In the past six years, the museum has undergone a restoration and expansion program led by the Purcell Architects studio, with the creation of new galleries, educational rooms, cafeteria and store. The project has included the reorganization of the routes, with the construction of a new entrance. There has also been a new building, the Gweithdy, designed by FCBStudios. This construction, integrated into the park, houses new exhibition spaces and workshops for visitors. The story of life in other times is thus complete: in the galleries everyday objects from different periods are exhibited and in the Gweithdy visitors can participate in numerous workshops, while in the park ancient agricultural and artisan trades (blacksmiths, bakers) are staged , clog makers) and you can see animals of indigenous breeds. The new structures and the program developed by the museum reflect its main objective: to recreate history with, rather than for, the people of Wales.

The Most Popular Drinks in Finland

10 Beautiful Places to Visit in Modena

The Best Rooftop Bars In Antwerp

The Best Rooftop Bars in Kraków

10 Things Switzerland is Famous For