Is gorilla trekking your top bucket list adventure activity while on a safari in Africa? This article exploring the best locations for successful a gorilla trekking safari in Africa with guaranteed upclose sights of the great ape. With fewer rare attractions on earth, gorillas are among the very few exceptional creatures you shouldn’t miss to strike your imaginations with while on safari in Africa. They are a few most intelligent, powerful, magnificent and very gentle creatures on earth. The popular ape  species for you to strike your eyes with in Africa include the Western and Eastern gorillas. These unusual primate species largely thrive in the tropical rainforests in Central and East Africa. Depending on what your travel interests are in Africa, the popular places for you to visit to see these remarkable and giant apes include; 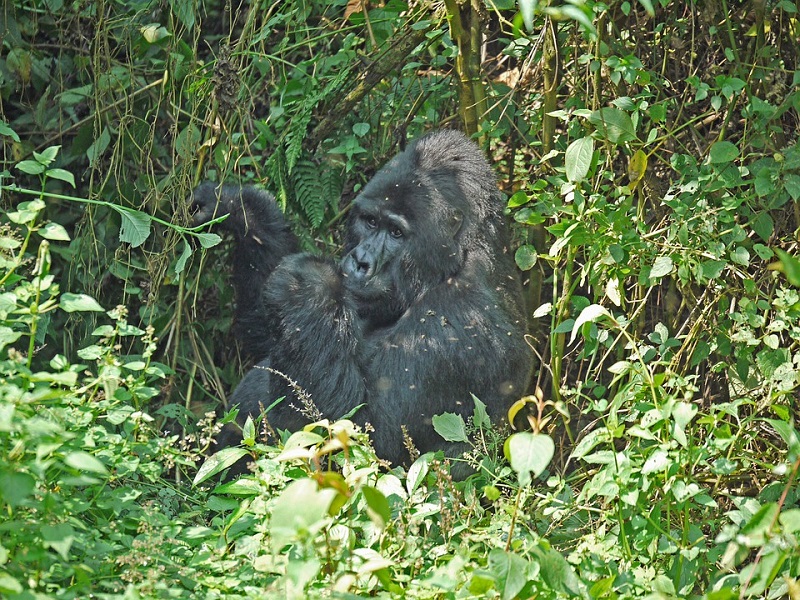 If you are interested in mountain gorillas then Uganda is one of the only 3 (three) African states where you can catch a glimpse at these rare species in the wild. Note that, nowhere in the world will you find mountain gorillas not even in the zoo but only in the wild. To trek to see them in Uganda, Bwindi Impenetrable Forest and Mgahinga National Park should be a must in your travel plan. The two parks are located in southwestern Uganda just along the Albertine rift valley. With about 1004 individuals of these critically endangered apes still thriving in the jungles of Africa, Uganda is a home to about 550 habituated mountain gorillas making it a true gorilla highland. Besides, overt 17 groups have been habituated and can be tracked in Uganda with permits costing $600 per person. For ultimate mountain gorilla safaris in Africa, consider this country a must to include in your travel plan and you won’t regret in life. This popular Land of a Thousand hills doesn’t only boast for its rolling hills but also for its rare mountain gorillas. In Rwanda, you can find them in Volcanoes National Park, northwestern part of the country. This park consists of 10 habituated families that are set for visitors to trek every day and you can obtain a permit at $1500. Gorilla safaris in this protected became more popular at a time when Dian Fossey was conducting her research on the same Great Apes within the Virunga Conservation Area.

The DR Congo is one of the few unique countries in Africa and not only does it boast as a home to critically endangered mountain gorillas but also the Eastern lowland gorillas. Mountain gorillas in the DR Congo can be trekked in the Virunga National Park and if you are interested in Eastern lowland gorillas, then you must head to Kahuzi Biega National Park. 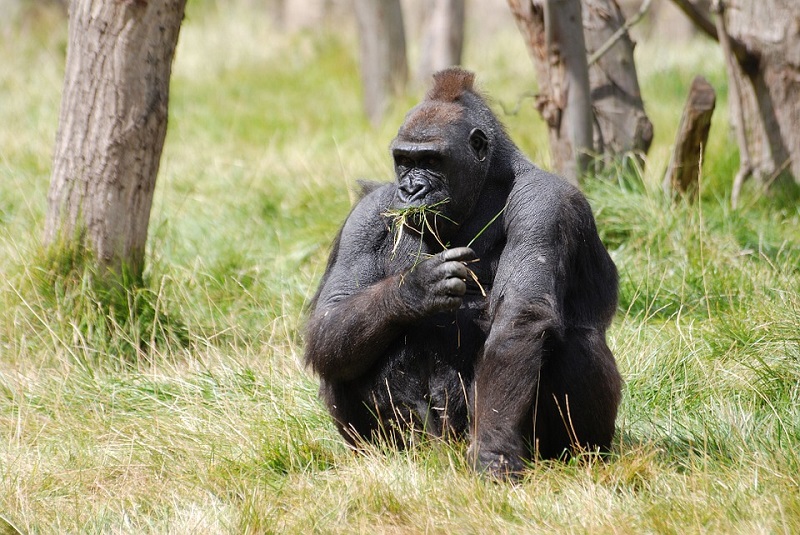 With about 13 national parks that exist in this country, most of its habitats offer refuge to western lowland gorillas. Habituation project for western lowland gorillas was conducted at Mikongo conservation center in Lope National Park and it ended in 2010 but you can still catch a glimpse at them plus several other wildlife species. The other areas include Moukalaba-Doudou National Park with intense gorilla numbers and Loango National Park that also comes with Atlantic beach and rainforest. In Nigeria, Cross River National Park is the best place for you to catch a glimpse at the western lowland gorillas as well as variety of wildlife species and not to forget thousands of chimpanzees. This country is ideal for cross river gorillas and they are mostly spotted within the cross river state.

In conclusion, when you think of which country to visit to see gorillas in Africa, think beyond Uganda, Rwanda and the Democratic Republic of Congo. Africa is a home to distinct gorilla species and all of them are worth exploring.