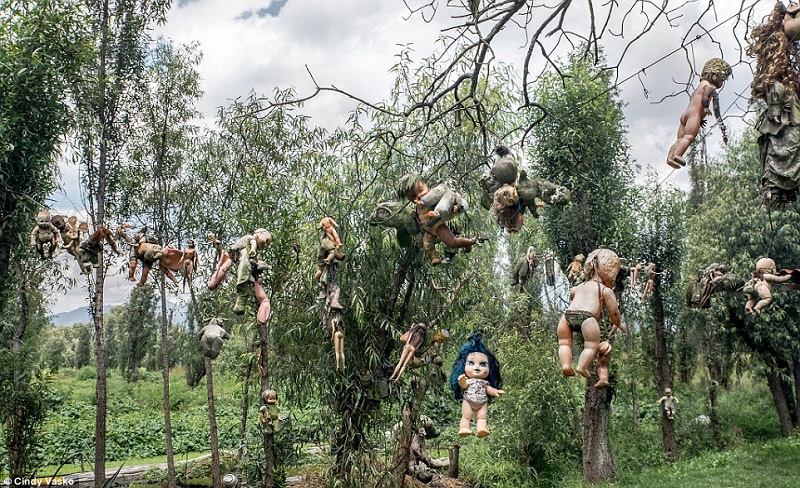 Mexico is littered with so many scary places, and these are the creepiest places that will make you want to jump out of your skin. Check them out! This is no doubt one of the scariest places in the world. In the 1950s, reclusive Don Julian Santana Barrera abandoned his family and went to seek refuge at the floating garden region of Xochimilo in Mexico. Barrera loved the paradise he inhabited and was surprised to find the corpse of a little girl who died by drowning at a nearby canal. He also saw her doll and honored the girl by hanging the doll on a nearby tree. He was continuously haunted by footsteps even though he was the only inhabitant of the island. He began hanging more and more dolls to appease the spirit of the girl. Barrera drowned in 2001 in the same spot where he found the dead girl. Click the next ARROW to see the next photo!

Aunt Tona’s House is a secluded mansion located in a deep forest in the Chapultepec region of Mexico. Legend had it that Aunt Tona amassed so much wealth within the building but lead a reclusive life. She showed her benevolent side when she took up helpless and homeless children under her care. It is believed that Aunt Tona either murdered the children or was murdered by them when they tried to hunt her fortune. 20 students died in 2008 when they went on an excursion around the building. The ghosts of Aunt Tona and her wards still haunt the house that now has a new owner. Click the next ARROW to see the next photo! 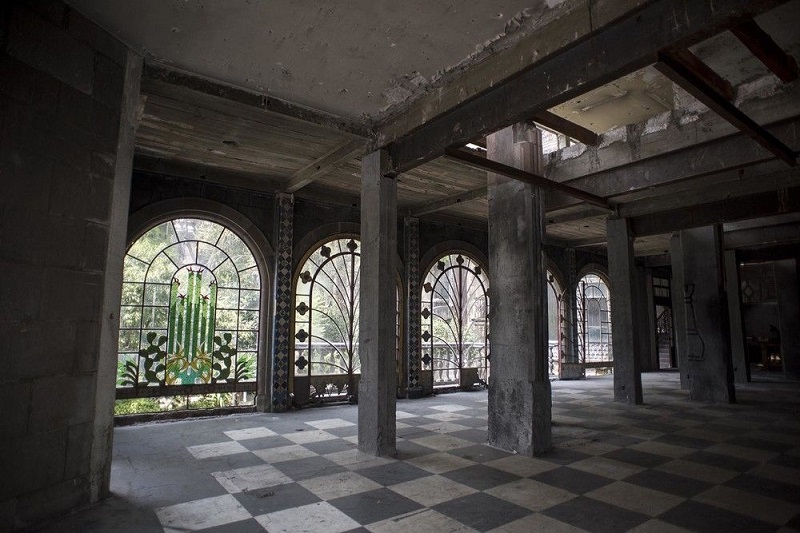 This exotic hotel was built by Fernando Saldana Galvan who was believed to be gifted in architecture but very insane. It is rumored that he killed members of his family and made the hotel for satanic sacrifices. Galvan committed suicide around the hotel’s yard. The ghost of a girl who was found dead in the basement of the hotel still haunts the abandoned building. It is one of the scariest places, you could visit in Mexico and the place there makes it, even more, terrifying. Click the next ARROW to see the next photo! 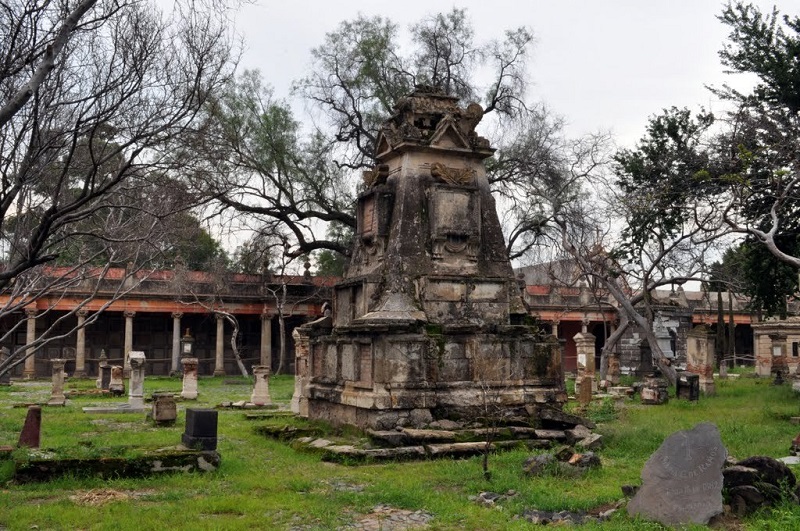 Panteon de Belen is also known as the Santa Paula Cemetery. The cemetery is located at Guadalajara and over 100 ghosts have been sighted here. The most famous ghost is the Vampire Tree. A vampire terrorized Guadalajara for some time before he was caught and impaled on a stake. On his grave, grew a gigantic tree. Legend has it that the faces of the victims of the vampire appear at the bark of the tree in the dead of the night. When a branch was broken off, it dripped blood instead of sap. It is believed that the vampire will awaken when the tree dies. Click the next ARROW to see the next photo! 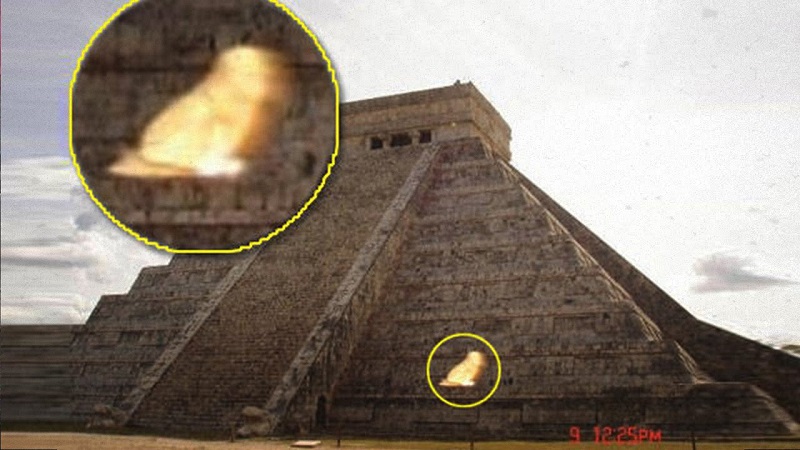 Chichen Itza is a UNESCO World Heritage Site. It is a hotspot for paranormal activities. It is one of the most haunted regions in Mexico. It was one of the main sites where human sacrifices were carried out. Ghosts still wander the environs till date. Paranormal researchers have reported seeing ghosts in human forms during the daytime. Aluxes also denominate the area. Aluxes are ghosts that appear in the form of Mayan children. They are known to be pilferers and tricksters but have been said to bring good fortune to those who treat them with respect. If you see any small, strange person at Chichen Itza, be of your best behavior. Click the next ARROW to see the next photo! Claudia Mijangos House is located at Queretaro, and it is a boarded-up property that is surrounded by barbed wire. The house is the home of the woman referred to as the Hyena of Queretaro, Claudia Mijangos. It is said that they have been recurrent screams and sobs emanating from the house and sightings of the ghost of a child at the window. Claudia Mijangos grew up like any normal girl child and got married, had kids. One night, it was reported that she woke up with voices in her head instructing her to do the unspeakable; kill her children. Claudia walked to the kitchen, picked three sharp knives and stabbed her three children to death. She tried to commit suicide and found herself in a hospital facility three days later. She was sentenced to 30 years in prison and inmates swore that they heard her conversing with male demons. The ghosts of Claudia’s children still haunt the house. It has become a mecca for occult rituals.

The Most Popular Drinks In Chile

November 1, 2016
We use cookies to ensure that we give you the best experience on our website. If you continue to use this site we will assume that you are happy with it.Ok